She Likes Me But Ignores Me and My Texts8 min read Have you ever been in the position where you just know that a girl really likes you, but yet she continually ignores you?

If you find yourself in that exact situation right now, then be happy! it doesn’t always have to be this way, and today is your lucky day.

When you’re done reading through this page, you’ll have a better idea of why she is ignoring you, and how to flip it around and make her chase you. Because right now, it may be the other way around.

Even if you aren’t chasing her, she is ignoring you. You may think that this is definitely a bad thing. However, in many cases this can be a good thing.

I will explain in a second, but we first need to determine if she really does like you.

Do You Really Know She Likes You?

Women can be difficult to interpret. Often times even the things that they say directly to you, they did not mean in that way.

So, how can we know for sure if a girl likes us? Well, the truth is that unless they outright say it, it is tough to know with certainty. And even if they do outright say it, they still could have meant “Oh John, I like you”… *as a friend*!

But luckily, there are many different ways that girls tell the people around them whether or not they like someone, without actually saying it. Here are a few of the most important things to look for.

They Are Playful With You

Not every girl is going to act playful around a guy that they like, but many will.

If she is constantly making jokes around you, and looking in your direction when laughing, this is a great sign.

And I am not necessarily talking about full on jokes. If she is teasing, making fun of, or mocking you in a playful manner, then this is likely an indication she may be attracted to you. Especially if she routinely singles you out in a larger group.

Watch to see how she behaves with other guys, or other people in general. If she is just a very playful person in general, then this is something you may want to just overlook.

She’ll Use Any Excuse to Touch You

How often, in your daily life, does she make contact with you? This is a large indication of attraction.

Many girls do not want to outright tell a guy that they like them, but by touching them, they can give this information away in a much more discreet manner. It is so discreet that many guys do not even pick up on it!

There are many different ways that a girl can touch you that could indicate attraction. A playful smack on the arm, “accidentally” brushing past you, random hugs, or even a playful shove to get you out of the way could all mean that she’s got the hots for you.

This is another thing you’ll need to monitor. Is she a very natural touchy person?

Is she constantly hugging her friends, or even touching other guys in the same way she touches you?

This could mean that her touchiness around you is not something to take as a sign that she is into you, or even finds you attractive.

The bottom line is this: if she is touching you in ways that you don’t see from her with just anybody, she may be into you, but if you are receiving the exact same treatment as everyone else in her life, you should not take this as any sign of attraction.

How Do You Respond to Her Ignoring You?

Often in life, it is not about what happens to us, but how we respond to it.

So, how did you respond when she started ignoring you?

Did you have a temper tantrum and send her 100 snaps asking “WHY ARE YOU IGNORING ME!!!” all without response? Or did you, very calmly, send her a text reading “why aren’t you texting me?” just the once?

Well, either of them aren’t a good idea.

However, I hope that we can both agree that becoming very negative over it is a much worse idea. If you already sent her a text asking her why she’s not responding, that’s okay. Don’t panic, you likely haven’t done any permanent damage yet. Here’s what you should do.

Yes, you heard me! If she is ignoring you, you need to remain calm. Don’t text her asking what is wrong, don’t text her friends to see where she is or why she’s not responding, just (as best as you can) forget about her. Just for a little bit.

Do you know why? She’s testing you!

Most girls don’t know consciously that they are testing you, but they want to do it subconsciously. We will go over why she is testing you, and how to “pass” her tests shortly, but first we need to deal with you.

If you feel like you need to text someone, just text your friend. You’ll probably say something like “She likes me but ignores me and my texts! Why are girls so crazy man!”, and as long as your friend doesn’t have a big mouth, you’re safe.

What Are You Sending, and Why is She Ignoring You?

Now, we need to figure out exactly what you are sending to her, and get down to what you’re saying to her, that sparks this need to test you.

If texting basically anywhere other than Snapchat, then the first thing to do is to just scroll through your messages and look at the size of the texts.

Sure, it may be what’s best for the conversation, but you’re doing most of the work.

In fact, that is more of a reason for you not to make more of an effort.

You should be matching her effort level, without making it completely obvious.

And you know what?

Sometimes you should be ignoring her!

Take, for example, that you text her;

“Oh my gosh, no way. You are into basketball too? That’s crazy, basketball has always been my favourite sport. Who is your favourite team?”

And she responds with:

What are you supposed to say to that! You just gave her a lot of information, and a question, and she responds with a single word?

At this point, you can try to take another stab at it—ask another question. Or, you can respond with a single word of your own.

Or, don’t respond at all! You need to know your worth, and stand up for it.

No one likes a one-sided conversation, so don’t even let her entertain the idea of it with you.

Don’t Be So Predictable

Well, let me rephrase that.

What is there that you do, or text her very predictably?

Maybe it’s a good night or good morning text, or even worse, both?

It’ll drive her crazy! But in a good way.

When you are texting her every morning, without fail, you’re becoming the “nice guy” in her life.

Although this may sound like not a bad thing, it definitely is. It’s on the fast track to the friend zone.

How to Make Her Stop Ignoring You

As we discussed, she is likely ignoring you because she is testing you.

So, again, pass the test by remaining calm, and let her text you on her own terms.

Don’t do anything petty, like posting anything about it, or anything that could be construed as pointing at her, on your story.

This is just another way to fail the test. Be independent, and let her be by herself for a little while.

Go do something good for you! Go to the gym, read a book, anything!

Either she will eventually text you, or she just wasn’t even worth texting in the first place.

If you know she likes you, but she is ignoring you and your texts, don’t panic. Let her ignore you. Make sure that she is aware that there are lots of people on this planet that you could be talking to, by not texting her right aways, upset by her ignoring you.

If you can do this successfully, you are on the fast track to reigniting that spark she has for you. 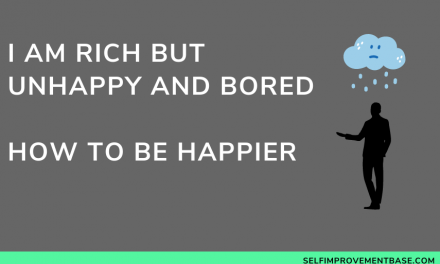 Why Am I So Competitive? Is It Healthy?