If you’ve wondered how to tell if you are an attractive guy, then you will be delighted to find out that there are many cues that people give off when they find guys attractive.

Many of these are even subconscious, so even if they try to stifle their feelings, you will be able to tell.

Here are 5 of the best ways to tell if you are an attractive guy.

You Catch People Looking at You in Public

It is time to keep your eyes open because you never know who is looking at you! The glance. What can a look tell you, about you?

If you’re wondering how to tell if you are an attractive guy, another cue is that you catch the attention of girls when you’re out in public. Just by being you, or just by being a passerby in daily life, you can grab a few stares.

There are a few types of “gazers” to be aware of, it’s not only random gazers that last for a few seconds. It also includes that kind of “gazers” in which you can feel the vibe before you can even notice who is staring at you. You know that feeling when you know someone is staring at you?

Another type of “gazer” could be the embarrassed girl. When caught staring she quickly turns away, as if they weren’t staring in the first place. With one glance of the eye, and you’ve “ruffled” her feathers.

A classic example is when you are pointed out by a group of girls, and referred to as “eye candy”. The kind of scenario where girls are going “goo goo gaga” over your looks, and there is no shame in their game!

Then of course there is your stare down “competition”. Where a woman is not afraid of long glances, and not afraid to get your attention. This is most likely the glance of a welcomed interaction.

Your Girl Friends Touch You Often

Touch is a powerful sense. We use it to guide ourselves through the world. It lets us know if something feels good or not. Touch allows us to get intimate with each other. It can even lead to a deeper relationship.

A girl will often, both consciously and subconsciously touch you it she is attracted to you. A girl touching you may mean that she is into you. This is especially true if she is not very touchy with other people, just you.

We all touch things and people. It’s just second nature to us all. Your female friends are unconsciously aware of this. They will try to touch you in some way. It could be big and meaningful or small and mundane.

It doesn’t have to be an all-out hug. Maybe a little touch on the arm. Maybe playful tap on the cheek. Some might slap you on the back. A few might play with your hair. Fingertips might brush up against your neck more than once. They might even go for a “playful” massage.

All of those touches are intent. Then there are the “accidental” touches. Like when they get up and “accidentally” brush by you. Some of your female friends might rub their hands against yours as they pass something to you.

But how can you tell if it all of this touching means anything or not? How often do they try and touch you? Do your female friends touch more times than you can count for the day? How do they look at you afterward?

Do they pretend that it was an accident and give you a flirty look? Do some of them wink at you afterward? If yes, then you might be rather attractive to not only them but other people as well.

You Find Plenty of Success on Dating Apps

One of the major signs that you are an attractive guy is that you find plenty of success using dating apps. Although it may seem normal for people to have tons of women in your inbox at all times, believe it or not, many men are not so lucky.

The last time that you used Tinder, Bumble, or Hinge, was it a “success”? Success, meaning whatever you want it to be. Whether it was to find someone to settle down with, or for something more casual.

Sure, there are plenty of great guys on these apps, but they often need to make some effort to get the type of attention you receive just for showing up. Indeed, you seem to find tons of women who are ready and willing to date you, no matter which app you use.

Even better, you often don’t even have to contact them first, they usually come to you. If you receive messages from many women before you have even sent them a message, then there is a good chance that you are attractive.

Now, no one is saying that your bio and other details aren’t amazing but, you have to realize that there are many men who rarely get contacted on these apps.

Many others, spend the majority of their time chasing after women who barely respond or make plans with them, only to flake on them later.

However, whenever you get on any given dating app, as soon as you post your picture and a few words, the ladies just start showing up.

This is not luck; this is very much due to your great looks. You could post the most unappealing things ever, and women would still be lining up to “get to know you better”. That, my friend, is how you know you are an attractive guy!

People Are Uncomfortable Around You (in a Good Way)

When another man or woman finds you are attractive, they often seemly act uncomfortable around you. Do not take this as a negative situation whereby you are giving off weird vibes. Instead, they are acting uncomfortably because they are nervous around you!

There are several identifiable (and non-identifiable) cues that you can look for including:

Extreme politeness is a subtle signal that the other person is interested in you and is working hard to make you happy. Yes, some individuals are overly polite but if you are on a date and they treat you with extreme politeness then this is likely because they are interested.

A self-confident individual without complexes appreciates the same qualities in their partner. Therefore, if they treat you with a friendly and extremely polite attitude it means they see you as an equal.

On the other hand, unreasonably negative emotions could mean the same thing. Those who act with extreme unfriendliness may be intimidated and not know how to act around you so their defensive side comes out which can result in rudeness.

Someone who acts in this manner is not typically a person you want to be around because they are accessing negative emotions instead of positivity.

Mirroring often occurs when one individual is attracted to the other and they mirror your body positions. This is another subtle situation and may come off as your date is uncomfortable, so they are unknowingly copying the way you sit, stand, mannerisms, and body language.

It will come across as incredibly strange but remember that it is a subconscious signal, they are sending to you that they are interested.

Other Guys Seem Bitter Towards You

“The Attractive Jerk Get all the Women”

While other guys seem bitter over feeling like women go for the handsome jerks, as they say, they don’t realize that they are digging their own graves.

By saying this statement, they are giving direct insults to a woman’s intelligence. Other guys seem bitter because they are underestimating how smart a woman is.

If they are constantly saying that women only date total clowns because of their looks and bad boy attitude, they are straight-up degrading women and their capability to pick a mate.

Exactly Why This Is an Issue

There are a plethora of things women look for in a boyfriend. Constantly telling girls over and over that well, they made a wrong choice, doesn’t help women’s self-esteem. Women consider guys to be “nice” based on a variety of factors.

One of the key ones is noticing how smart a girl is. If you’re a “nice” guy, don’t make them feel like they have poor decision-making abilities.

Bitter over being Friendzoned

A “nice” guy respects a woman’s right to choose her own dates. Being angry about a woman wanting to be a friend, doesn’t mean that hating attractive guys is the answer. Not all “nice” guys are “nice”, nice is doing something with no expectations, not having a secret agenda.

There is a lot more than women looking for rather than looks. Having an education, their own independence, and a job, being a caregiver, and meeting in the middle are common things that women look for, not just doing them favors expecting a date in return.

Bitter over Attractive and Successful Women

Other guys seem bitter that “attractive” guys get all the attractive, intelligent, “catch” women. Instead of focusing on all the reasons one can not get this type of female, work on those qualities that warrant deserving this kind of woman.

Working out, eating right, changing clothes style, grooming properly and a career that has upward mobility can do wonders for one’s romantic life. Working on social skills and talking to women in an appropriate way.

In short, focusing your life on self improvement for a while is key, as well as letting them know your intentions early on will prevent a lot of misunderstandings in friendships and relationships.

Men become bitter and jealous of other attractive men because they blame them for any previous rejections in their lives. This is not the case. Hating every good looking guy will not change anyone’s luck with women. Trying to get advice from men who are more successful with women may be a better option.

Having these women who “Friendzoned” them, and resent them for it, may even be their best ally. A female friend can help their pal with valuable advice and knowledge about what women want. Being bitter in the first place is something women find appalling. Fixing that would be step one in having a better love life.

Those are 5 of the main keys to tell if you are an attractive guy; you catch people looking at you in public, you find success on dating apps, your female friends touch you often, other guys seem bitter towards you, and people are uncomfortable around you.

These have been 5 different identifiers that you are an attractive guy. Just remember that it doesn’t mean that if she doesn’t do all of these, that she doesn’t find you attractive.

Use these for just what they are; indications. Learn to watch for them, and you will be able to tell to a higher degree of accuracy whether or not you are attractive, or if someone finds you attractive. 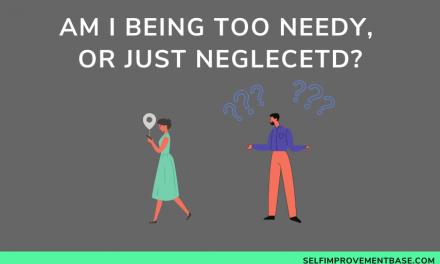 Am I Being Too Needy, or Just Neglected?

7 Steps to Break Up With a Psychopath Can I Date a Girl Taller Than Me?